What are Regular Expressions?

A regular expression (also known as regex) is a special text string for describing a search pattern.
Searching with regular expressions enables you to get results with just one search instead of many searches.

Why use Regular Expressions?

In Google Analytics, you can use Regular Expressions to –

NOTE: The pipe symbol, | and parenthesis often go together.

NOTE: Characters that are usually special, like $ and ?, no longer are special inside of square brackets. The exceptions are the dash (-), the caret (^) and the backslash (\).

Conclusion: Regular expressions are an important tool to be mastered by anyone who needs to do significant work in Google Analytics. Spend some time learning about the basic setup of regular expressions and brainstorm ways to use regex in displaying data relevant to the site(s) you work on. 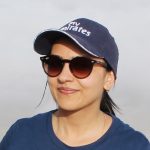 Shivani is a Dubai based SEO Consultant. She has been actively involved in SEO since 2010 and believes in smart-work rather than hard-work. She is constantly working towards providing the brands/websites with all their SEO needs – content and technical.

Shared Hosting Can Accommodate How Many Sites?

How To Create Goals In Google Analytics

How To Add Google Analytics Tracker In WordPress